The Voice that Helps You Be You 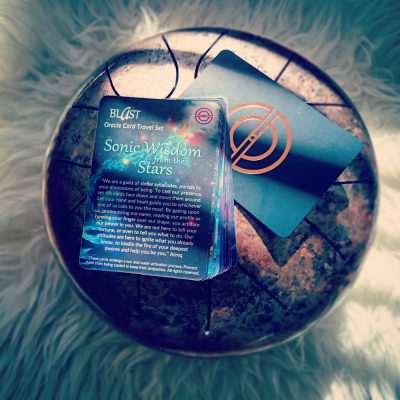 Opulent! Elixir! Glamour!
Some words carry enough energy to nourish me for the entire day. Words are my vehicle to small and big success. I imagine a language entirely crafted to fulfil and direct my best intentions. No weird etymologies, no catch. Well, that’s what the Dyar syllacodes have been designed for, and revealed for the first time through a deck of cards in 2016.

The Dyar syllacodes appeared in 1982, during the Falkland war, in a vision and request to find peace and understanding among human beings. I was 9 years old when these entities would appear in the middle of the night calling themselves Armq, delivering a nonsensical set of images and sounds, that seemed nonetheless familiar. In 1992, a girlfriend of mine learned the glyphs and we used them to pass secret love messages between us. I left Argentina on a quest and left the syllacodes behind. They waited patiently for 20 years when I was finally ready to explore and decode their meaning, use and power.

I revealed the first 7 syllables in 2005, and two more joined the guild, for a total of 9, in 2012. I was a Tibetan-English interpreter at that time, and together with my studies of Hebrew, my experience with aikido, my research on phonology and articulation, I came to understand and verify the physiological reflex influence of the syllables performed through the mouth and the symbolic, artistic impact of the codes. That’s when I started calling them syllacodes.

Jennifer Righetti and I described their fundamental meaning in two books, Keys to Kiss and Into the Zone. But before the books were ready, our first oracle deck revealed itself as a condensed version of the syllacodes that came to life over the course of two very intense weeks, while travelling between Hong Kong and Bangkok. Sonic Wisdom from the Stars was our first success at applying authenticity to sound and language, and as the Blast boutique opened its portal to the world, the cards were revealed for everybody’s play in 2017.

Argoinsw! We shared hundreds of moments with interesting people around the world. We facilitated sessions and tested the cards with expats and locals in Prague, Paris, Berlin, Ibiza, Athens and continued to Bali, New Zealand, Philippines, Brazil, USA, UK, Denmark, Sweden and of course, Switzerland. While healers pulled the card GO and B¨ 80% of the time, most bankers pulled Ah, and a staggering amount of people in the show business pulled Dy, to name a few stats. This information revealed an amazing correlation between the syllacodes and real events. It helped me also adjust and complete the questionnaire for the Flavours quiz, available here online. But that is food for another article. 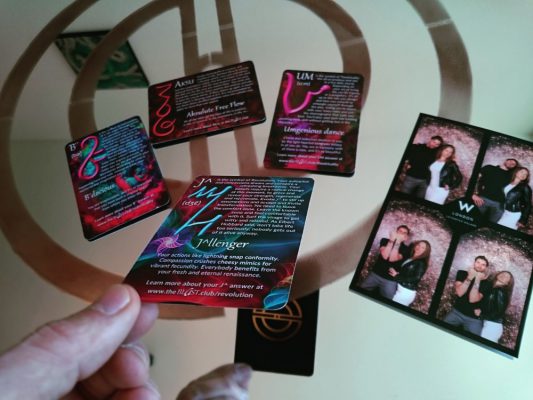 The impact is almost immediate. « I feel that people notice my presence, I get compliments » and « people respect my opinion way more than usual », Nathalie and Sakina remarked after we performed all the sounds. « I feel calm », « I slept like a tree », said David and Armand the day after the session. « Pulling a card intuitively is a playful way to know what’s missing in us that the rational mind couldn’t spot ».

As the instructions of the deck explain, « we are not here to tell your fortune, or even to tell you what to do. Our attitudes are here to kindle the fire of your deepest desires and help you be you » – Armq

A visible magnetic band on the back of each card enables it to quickly and powerfully charge and discharge itself, making it easy for many people to use the same deck, or for you to set a particular signature of your own.

I love to travel. One of my mentors describes travelling as the university of life. So the deck was designed sleek, thin and light — only 12 fundamental cards in a protective satin sheath.

Each card includes a glyph, an IPA (International Phonetic Alphabet) translation, an introductory explanation and use of the glyph, a fun keyword highlighting the syllacode’s meaning and pronunciation, an affirmation, and a link to a specific webpage with more information for the use of the card.

The deck comes with one additional guide card, Aksu, which sets a specific pattern in motion with an invitation to pull three cards for a specific purpose: authentic living, connecting our life with our essence. I use three decks shuffled together, to be able to pull a same card more than once in a session. Artists, healers, shamans use 10 of these decks together to arrange intricate patterns, or assist many people at the same time during group sessions. If you are one of them you know you can leave your comments below. And in any case, click [CollectKeys] to collect your [DisplayKeystoEarn]

The syllacodes aren’t only designed to be uttered individually. They can also be used for complex intentions, just like mantras and poems, with the ability to create your own. The Dyar language. We have listed and even composed recitations and songs as a way to explore its cultural and natural impact in us and in those who enjoy the gigs. 30 years to build a language is nothing, just the beginning of a long exploration. It’s beautiful to see that the first exposed milestone of this long journey is a set of oracle cards. We don’t know where Sonic Wisdom from the Stars is leading. There’s only one way to find out…