The voice that helps you be you

Some words carry enough energy to nourish me for the entire day.
Other words are just for laughs. But after more than ten years speaking Dyar, it’s evident to me that the power of language goes beyond the expression of astuteness and emotion. A good word backed with intention, attitude and most of all, vibrant resources, can be simultaneously a compass, a map and a vehicle of manifestation.

The thing is, most words from fiat languages are tired and distorted after so much mishmash.

Did you know where the word nice comes from?
From the Latin “nescius” (ne = not + scire = know) meaning foolish, ignorant, not knowing.
Also from the old French “nice” means “ignorant, frivolous, senseless”.
That’s the energy you bring forth when you say the word nice.

Did you know where the word available comes from? (disponible in French and Spanish)
From avail = dispose (in Latin disponere= arrange, control) + able = capable meaning capable of being someone’s disposal, at someone’s control or arrangement. When you say you are available, you are imply allowing to be disposed, controlled, rearranged by someone else.

Would you say “this is nice” now?
Would you tell someone “I’m available” now?

I like the word exhibit, since its etymology literally means to hold (habere) outwardly (ex). But the word prohibit then should mean to hold (habere) encouraging forward (pro), when in fact it is used to “not allow to hold”. But at the same time the word propose now does encourage to to set forward…

What can a human being do with so much cacophony? and in their preferred channel, which is language.

The etymology of a word reveals only a part of its quality, but the main point is, words are internal resources that carry a frequency and a symbol that the bearer sets in motion.

How I describe is how I live.

Just as we borrow and utilise the elements to live in our bodies, aura, thoughts and home, the same applies to the way we speak.

We all borrow vocabulary, grammar and expressions from a pool around us, then choose a part of this pool that resonates with who we want to be. Few do research and fine tune this process. This definitely helps the few, and sometimes inspires a few more.

My research took me through years of discursive detox in French, Spanish, English, Tibetan and Hebrew, while something new kept evolving with each meditation, channelling and emerging a language at the frontier between speech and telepathy.

This language is about manifesting, communicating with oneself as much as with others, and as we borrow, choose and re-create it, we offer ourselves one of the most beautiful and most powerful ways to describe and shape our lives.

Dynner with the muse

The Dyar characters appeared in 1982, during the Falkland war, in a vision and request to find peace and understanding among human beings. I was nine years old when, in my musings, these imaginary entities would appear after dinner or in the middle of the night, calling themselves Armq, delivering a nonsensical set of images and sounds, that seemed nonetheless familiar. In 1992, a girlfriend of mine learned the glyphs and we used them to pass secret love messages between us.

I left my home country on a personal quest with the cosmology laid dormant. My journey in Asia surprised me with its rich vocabulary, capable of explaining and embracing the mind as much as the tangible world. I became a Tibetan-English interpreter, and together with my research on phonology and articulation, I came to understand and verify the physiological reflex influence of the syllables uttered through the mouth and the cultural, artistic and symbolic impact of words.

From the Indian vedantas to the Japanese aikido, from the vestiges of Celtic and South American icaros, many mantras and syllables reminded me with astonishing precision, the sounds of my childhood alien fantasy. These sounds waited patiently for 10 years as I travelled to 24 countries, slowly realising that what I experienced in my child and teen years was an actual transmission. It was in 2005 when I was finally ready to channel more, explore and decode their meaning, use and power.

In the beginning was the verb, and the adverb

The original 14 sounds were joined by four more, for a total guild of 18, in 2012. Nine vowels carrying space, and nine consonants carrying light. Consider this similar to anima-animus, or to yin and yang.

The only way I could understand them was through nine syllables; each syllable composed of one vowel and one consonant. That’s when I started calling them syllacodes and listed their unique principles. The nine syllacodes emerged as polarities that cover fundamental aspects of all life form.

It was such an incredible moment; their energy was unleashed, my life events, feelings and notions of reality shifted overnight and from this point onwards the whole process to unravel the language has accelerated exponentially.

Pronunciation in the Practice playroom

And yet, there was still no vocabulary because the syllacodes’ countless applications depend on the context of the conversation. It wasn’t until I started grouping them in pairs that the first words revealed themselves.

The result: 81 fundamental billacodes, each one containing one syllacode functioning as a root verb and one prefix syllacode modifying this verb as an adverb. These 81 basic words are situational, contrary to, for example, nouns. Nouns focus on the what, on what things are, like objects we can pinpoint in a photograph. Verbs and adverbs describe the how, the process that takes place in a given moment, like a short film.

This big distinction showed me how this language was action driven, emphasising its use for intentions, attitudes, and decisions.

One of these 81 billacodes is: DyAr. This word caught my and Jennifer’s attention immediately, passing all the resonance tests compared with the golden ratio and sacred geometry of the True Story emblem. I summon the emblem seemly out of context, but only because it’s the source of all the cosmology and directly related to the spacial use of the language. It’s discussed in more detail in the Discover area of the website. The point is that because of this, DyAr revealed itself as the very name of the language, unsurprisingly, considering that the word DyAr means to deify.

I also grouped the 9 syllacodes in triads, forming 729 trillacodes… In short, the vocabulary is comprised by 9 syllacodes, 81 billacodes and 729 trillacodes, for a first total of 829 words, The extended Dyar vocabulary adds up to more than 6000 words. It was at this point that I started teaching Dyar to my students during the retreats I organised in Switzerland, Spain, France and Sweden.

From heart to polarity to aura to telepathy, to…

Not many people realise what happens when we make a decision. First we evaluate, intellectually and emotionally, a decision we’re about to make. The moment we actually decide and shift into action, we can include other resources beyond thinking and feeling. We engage with the heart. And I’m not just being romantic here; I’m talking about the heart’s electromagnetic field.

Did you know that the human heart is 100,000 times electrically and 5,000 times magnetically stronger than the brain? This field circulates with the heart at the center and the aura on the periphery. Actually, the heart’s field was also present during the assessment of what to do, and some of us often ask ourselves “what does my heart say?” when we need clarity to decide.

There is an intrinsic connection between this extraordinary resource and Dyar. Just like in the True Story emblem, the nine syllacodes depict areas of the human electromagnetic field. They are related to nine horizontal bands around the physical body. Even though the use of the Dyar language includes speaking, it’s more about directing this heart-field and these other powerful, authentic and pure resources to our decisions. 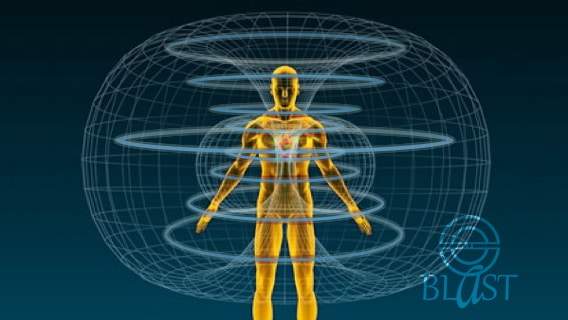 This led us to reconsider the way we describe, express and decide, through a process where we speak electromagnetically as much as verbally. Through our practice, Dyarian words have become hints that, when pronounced, function as vehicles of a larger telepathic conversation. After successfully organising a set of practices to develop this extra-terrestrial form of language, we are currently focusing our research on the intangible aspect of communication and daily decisions.

Building a language from scratch and purely based on empowering principles that are present in every form of life, allows Dyar to carry trustworthy etymologies, concepts and resources to the speaker and to the listener.

The first and most common use of the basic 90 Dyarian words is personal – a means of communicating with oneself, a form of active meditation, to bring clarity and power to one’s actions. We practice and provide exercises to enjoy in a few lessons common phrases and sequences to be used alone and when interacting with others.

Anyone who already has a preferred cosmology or source of resources of their own can use the Dyar language to complete their own practice.

In my case, the more I do ti, the more I develop my ability to emerge joyful ideas and solutions, to remember the presence of my aura, and to bring forth my stellar heritage. I’m grateful to keep paying attention to this and share it with my wife and some of my students daily.

Every language is composed of three dimensions that interact simultaneously in a constant loop. Each individual speaks, the network speaks, and the signs of the times speak. It’s an organic process where one cannot fully influence the other and yet, the synergy makes the language change throughout time.

Today we’re only a few enjoying the benefits of Dyar since the world’s extraterrestrial heritage is still dormant and humanity is not yet participating in the whispering of the stars. But I also see planet Earth heading toward an evolved way of communicating, and even though we’re not there yet, there’s going to be a need for a language that allows and facilitates the evolution.

There will be a time when Dyar plays a mayor role in our civilisation. It started with us, and will inevitably unravel when Earth is ready.

One thought on “The voice that helps you be you”