Cosmologies are bound through traditions

There are two reasons why traditions exist: the gratification they bring and the reward they promise to deliver in the future.

This includes pleasing the senses during and after a craft, practice or gathering, but for a human being most of the experience is sapiosexual: it pleases the intellect​​​​. Deep down in us, almost all existing traditions are adopted in order to feel good about oneself and one’s future.

Some issues with traditions

Traditions apply from how to make bread to describing the laws of physics, spiritual canons and of course, cosmology.  In this process, problems arise when the tradition doesn’t allow change, and when it’s unable to transcend itself, or is intentionally distorted.

We see this everyday, like someone accusing technology while doing so through a microphone and loud speakers.

For example you may have heard that in human spiritual traditions, in order to become a fully developed being, something has to rise, implying that higher is better than lower.

Another example that keeps traditions from reaching their goal is the concept of good versus evil. Through the intention of getting closer to the source of their worldview, almost all traditions become entangled in an eternal battle to remove or transform a persistent adversity, which generally appears as an intentional act of certain beings to hinder this source.

And the most obvious issue of some traditions is the fact of having to describe values through the exclusion of certain events in the universe. On the path of unity, differentiation and ego are avoided, even denigrated. In the veneration of the natural, artifice is despised.

How traditions impact cosmologies and our solution

You may start to imagine where this is going. Relying on systems, as noble and promising as they might be, has a direct influence on how we treat ourselves and unintentionally, others around us.

This potential issue in traditions, spanning the last three millenia, makes it almost impossible to rely fully on human cosmologies. To transcend this limitation, it is imperative and urgent to expand to an otherwordly approach to spirituality and lifestyle.

That’s why the transmission of the Blast cosmology beyond human nature, and particularly its consideration on how we experience energy and decisions, became our main focus and core set of practices. 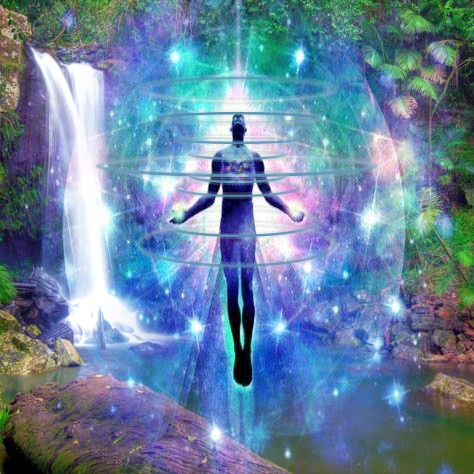 What makes the Blast Cosmology unique

What we are most proud of is that its bedrock and pillars are pure with respect to their origins, and they elegantly embrace opposing points of view in ways that reinvigorate its foundations.

This appears throughout Blast cosmology:

The True Story emblem and the Dyar language are composed of a non-dual aspect and four pairs of opposites, all to be honoured at every moment.

The four Weave flavors unfold together, although each of them values juxtaposed attitudes to how to make decisions.

The three pillars do not even include a vocabulary that describes an adversity, including everything as a potential channel of recognition of the universal heartbeat.

A first and concrete example is the consideration that the initial energy force in the human body is at the level of the heart, not the perineum, because the heart is equidistant to the perineum and to the crown. This implies no ascension, but rather a journey that unfolds toward the Earth and toward the Sky simultaneously.

The second example is the description of the eight energy bands in the human body working in four ripples, or polarities, each of contrasting nature, completing one another.

The third example is the consideration that these four pairs of energy bands include a fifth that is non-dual, and that they all take place in the aura, at the frontier of the concept of inside and outside.

A smart approach to beliefs

Another application of the cosmology is the concept of premises compared to proofs and beliefs. A practitioner has no need to hold to a fixed idea as truth, but rather as a vehicle.

This approach to guidelines makes sure they function only as a method of symbolic references, allowing teachers and students to promote new translations and improvements, in an ongoing, organic and creative process of -re-creation.

Finally, the 819 words of the Dyar language have clear etymologies rooted in nine syllables called syllacodes, allowing the listener and the speaker to understand and trust the nature and energy of its roots, in an exchange of authenticity and empowerment.

Embracing the Blast cosmology has protected us from bias, honouring up and down, in and out, right and wrong, bringing us closer to who we are, to our authenticity and completeness – an encompassing form of love to the way we treat ourselves, our future, and the network we’re part of.

If these examples inspire you, and you resonate with the importance of going beyond the fundamental problem of traditions and cosmologies, there’s more where this research came from.

Just not enough on the Website for the moment, as we focus on sharing the cosmology and practices in person. We’ll post more online every month, through tutorials and webinars. In the meantime, bring your questions or insights to the free Telegram groups and visit the Discover and Practice areas.